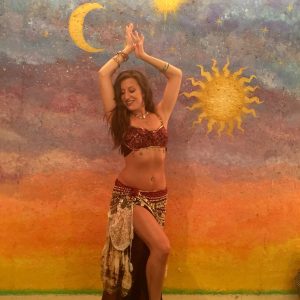 Marla Lee is an improv Oriental dancer who performs various styles while bringing her Israeli roots to life. From creating magic at the Walt Disney World Resort to mesmerizing audiences, each set is completely unique. Enchanting dances are never the same as each show is one-of-a-kind! 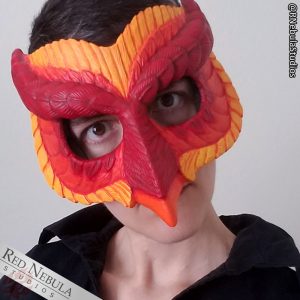 My name is Sarrah Wilkinson and I run Red Nebula Studios together with my husband, Robbie! We’ve got an eclectic mix of homemade art pieces, primarily fantasy with a bit of sci-fi and the macabre thrown in for flavor. In our shop, you’ll find prints, small gifts like bookmarks, pins, and vinyl decals, as well as costume pieces, resin masks, and cast resin models for you to paint. 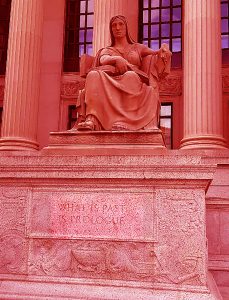 Modern Gods is a game of belief, influence, adaptation, and survival. Where you will take the role of one of these deities trying to carve out an existence in a world that has left many of them behind. While you still have powers, you always must adapt to the ever changing world. Do you stem from the old world such as the likes of Odin, Ra, Persephopne, or Coyote? Does your belief come from your legend and what you represent, such as John Henry, Baba Yaga, or Uncle Sam? Are you a modern deity of technology, capitalism, or even the motorcar? What have you done to survive in this ever changing world? Anubis opened up a funeral parlor, Pan ran a nightclub, and the creator god Anu became a homeless man on the street. All of these and more are possible. Gone are the old days of constant prayer, sacrifice, and strength, they haven been replaced by a new age of survival. 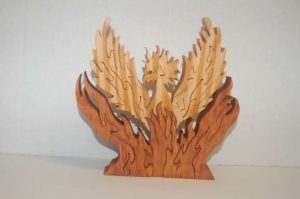 All puzzles are dragon approved. They are hand cut on a scroll saw and then stained.  No lasers or computers are harmed. 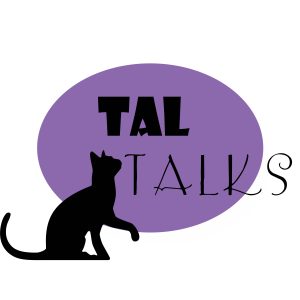 Have you ever wanted to know more about the performers or vendors that travel the world to bring joy and excitement to the masses? Well, now is your chance to learn about what performers go through to entertain you or what kind of work vendors put into their crafts. I will be interviewing people from all over who have taken the most amazing journeys and boy do they have a story to tell.

Full Interviews only available for Patrons 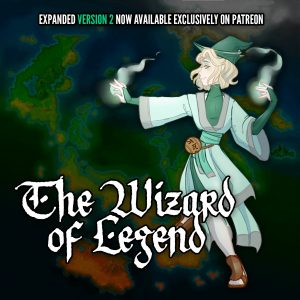 The Fourth Place creates spaces where geeks feel at home and everyone is welcome to play! During the pandemic, we’re focusing on helping you show off your geek pride with original stickers, pins, and t-shirts— Plus membership in an online community and exclusive access to original D&D supplements, online games, and more! 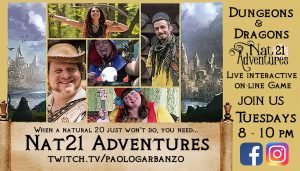 Performers from the Ren Faire and side show world play a game of Dungeons & Dragons for your entertainment! Watch as Paulo Garbanzo leads his fellow weirdos through epic fantasy adventures with twists, turns, and a whole lot of comedy. Become a patron to assist or interfere with the game as they play live! 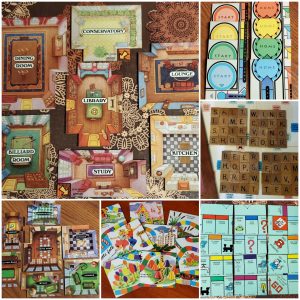 Our shop is stocked entirely with the creations from upcycled toys and games.  We craft all sorts of things from games like Monopoly, Clue, Scrabble, Sorry!, Battleship, and many others.  We offer a wide variety of ornaments, keychains, coasters, jewelry, décor items, magnets, and so much more.  All earrings can be made clip-on upon request and most of our ornaments can be customized based on your game favorites.  See a game you like and have an idea? We might be able to help make something unique just for you!