Erika has worked as a musician and composer for over twenty years. Her experience as a solo harpist, a member of various ensembles and folk bands, and her graduate studies in Film Scoring and Music Technology at New York University give her a diverse and rich musical background. Erika has worked as a music director for various theatre companies and festivals in NY and NJ, and is a seasoned renaissance faire and folk festival performer. She also performs at weddings and private events. Erika can play a variety of musical styles, but specializes in Celtic folk music, renaissance and early music, and film and video game scores. Erika’s original compositions pull from all those styles, along with her own unique touch that has been described as “otherworldly.” 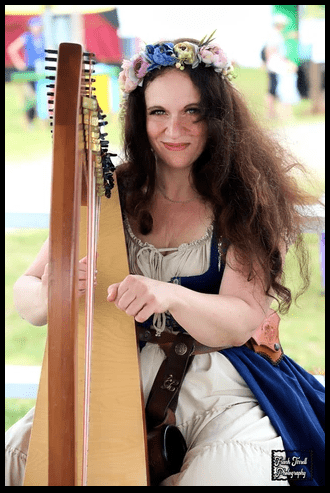